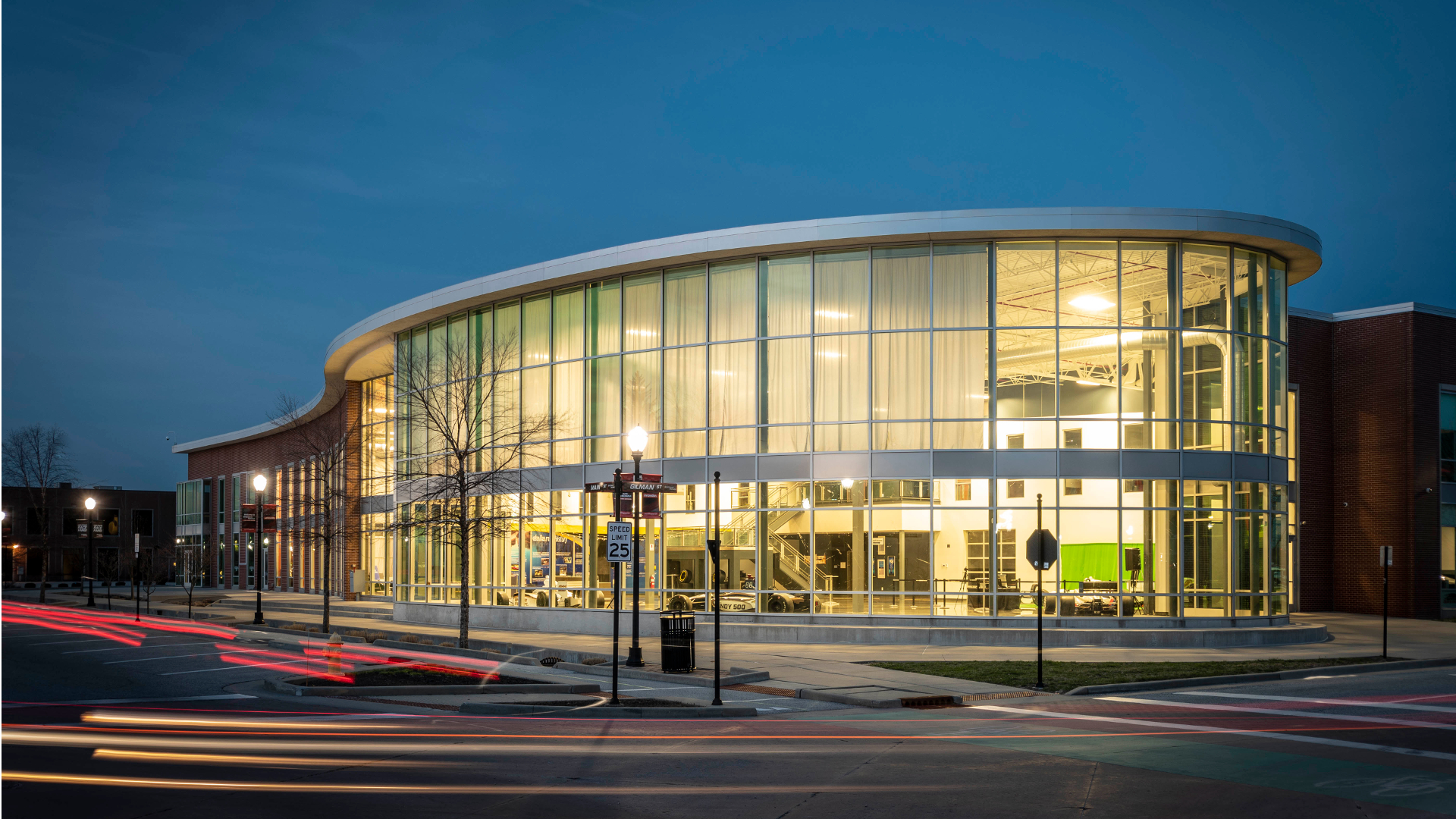 When Dallara became the official sole supplier of IndyCar chassis in 2012, the group opened Dallara USA: an engineering center in Speedway, Indiana, two steps away from the Indianapolis Speedway. Since its opening, Dallara USA has also became the sole supplier for the Indy Lights Series and has diversified its motorsport activities to also include the United States aerospace and defense industries. In 2016, Dallara began a joint venture with Cadillac to design and manufacture an LMP2 car, which then became the Cadillac DPi that races in the IMSA Series. The same building is also home to an edutainment center — The Dallara IndyCar Factory — where visitors can learn how a racing car is designed, developed, and produced, in an interesting and relaxed environment.

Community Involvement
Dallara USA is at the center of the North American motorsport and technology industry. In deciding to base its operations in Speedway Dallara further enhanced Indiana’s reputation as the world’s center of motorsport.
Dallara is very proud to have a strong strategic partnership with the Indiana Economic Development Corporation, who has helped play a large role in the expansion of Dallara in Indiana.
Dallara is also a member of the Indiana Chamber of Commerce and the Indy Chamber. This allows the company to take part in Indiana INTERNnet, an initiative managed by the Indiana Chamber of Commerce. This program offers an easy connection between local company internships and high schools, colleges and universities in the State of Indiana. The membership program also gives Dallara the opportunity to access different seminars and training sessions.

University Partnership
Dallara USA has consolidated a partnership with the School of Engineering and Technology at Indiana University–Purdue University Indianapolis. A milestone of this partnership came in 2013, when the IUPUI School of Engineering and Technology joined forces to bring the D3 driving simulator to the factory in Speedway. Both faculty and students enrolled in the Motorsport Engineering program at IUPUI have a certain level of access to the simulator as part of their coursework, dependent upon course requirements and availability.