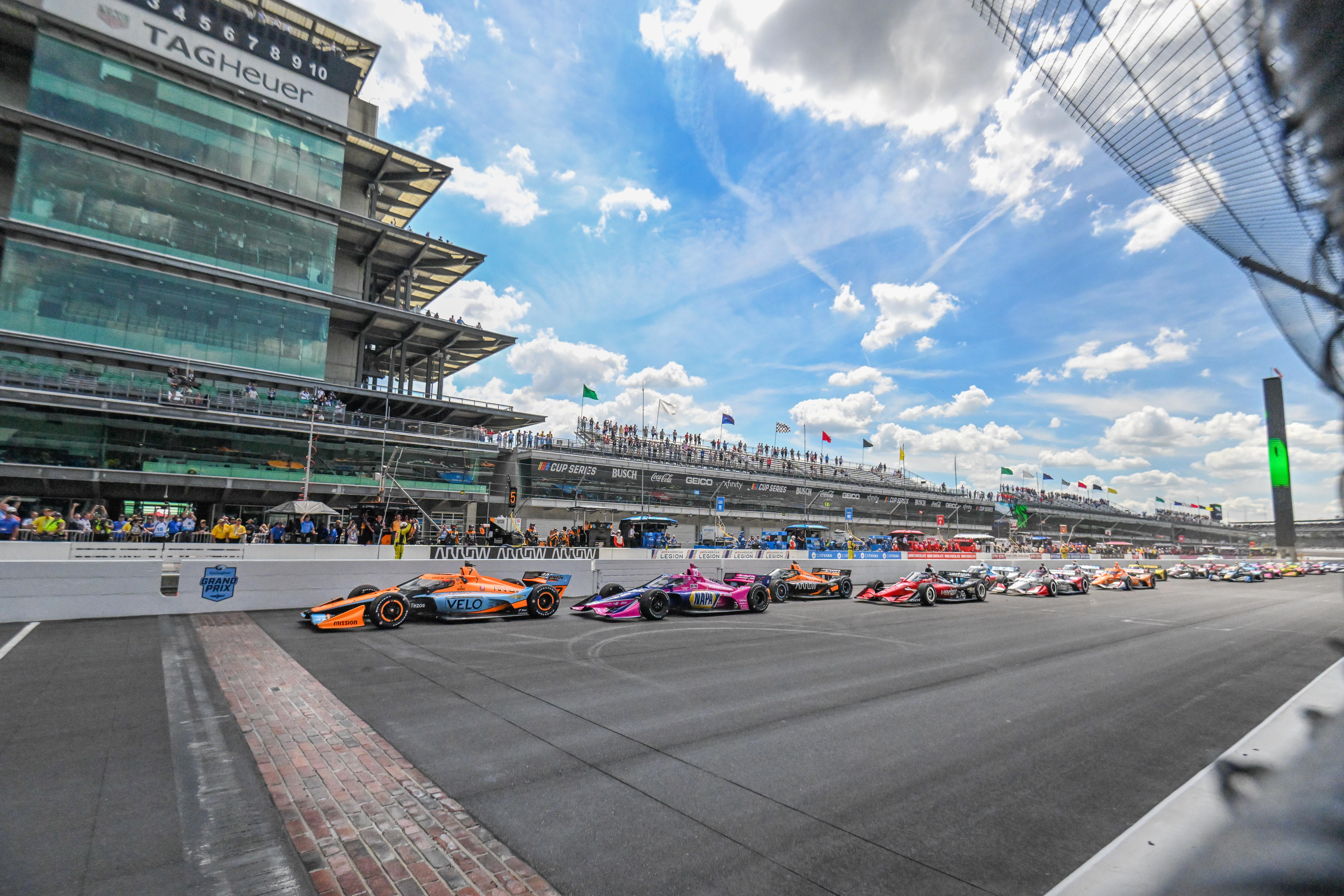 IndyCar
The history of Dallara in America begins in 1997 in the Indycar championship. The first victory dates back to the Phoenix race, with Jim Guthrie crossing the finish line driving the Dallara IR7; the subsequent victory at the iconic Indy 500 in 1998, with Eddie Cheever at the wheel of the Oldsmobile motorized Dallara IR7, marks the successful entry into the American racing world, which will bring Dallara in 2012 to be the sole supplier of all the chassis of the championship. To ensure the success of the IndyCar program, Dallara always has a team of engineers on track to assist all of the teams in the series.

Indy Lights
In 2002, the company’s US motorsport activities expanded to include the Indy Lights series, the final step in the Road to Indy before reaching the pinnacle of the North American open-wheel racing ladder — the IndyCar series. All the cars in the Indy Lights series, known at the time as the Infiniti/Indy Pro Series, were Dallara IL-02 chassis equipped with TWR/Infiniti engines. With a growing interest in the chassis development, especially on the safety aspects, Dallara is confirmed as the official sole chassis supplier for this spec series, starting in the 2015 season with the Dallara IL-15. It is currently powered by AER/Mazda engines. Just like in IndyCar, Dallara fully supports the Indy Lights series, with a team of engineers and a large stock of spare parts present at every race of the season.

DPi e IMSA
Following Dallara’s success in American open-wheel racing series, the company developed a chassis to satisfy the new DPi regulations. This new DPi chassis, constructed similar to the Dallara P217, built in partnership with General Motors and Cadillac, made its IMSA debut at the 2017 Rolex 24 at Daytona, which it won. Wins followed at the same venue in 2018, in 2019 and in 2020. The Dallara DPi won its inaugural season in 2017 as well as the 2018 season. It continues to prove to be a competitive front-runner in the IMSA Series. As in all of its other motorsport programs, Dallara provides support to all the teams competing with the P217/DPi chassis with ateam of engineers and spare parts at every race of the season The P217 chassis satisfies the WEC regulations, and several teams in the LMP2 category that race primarily in Europe.